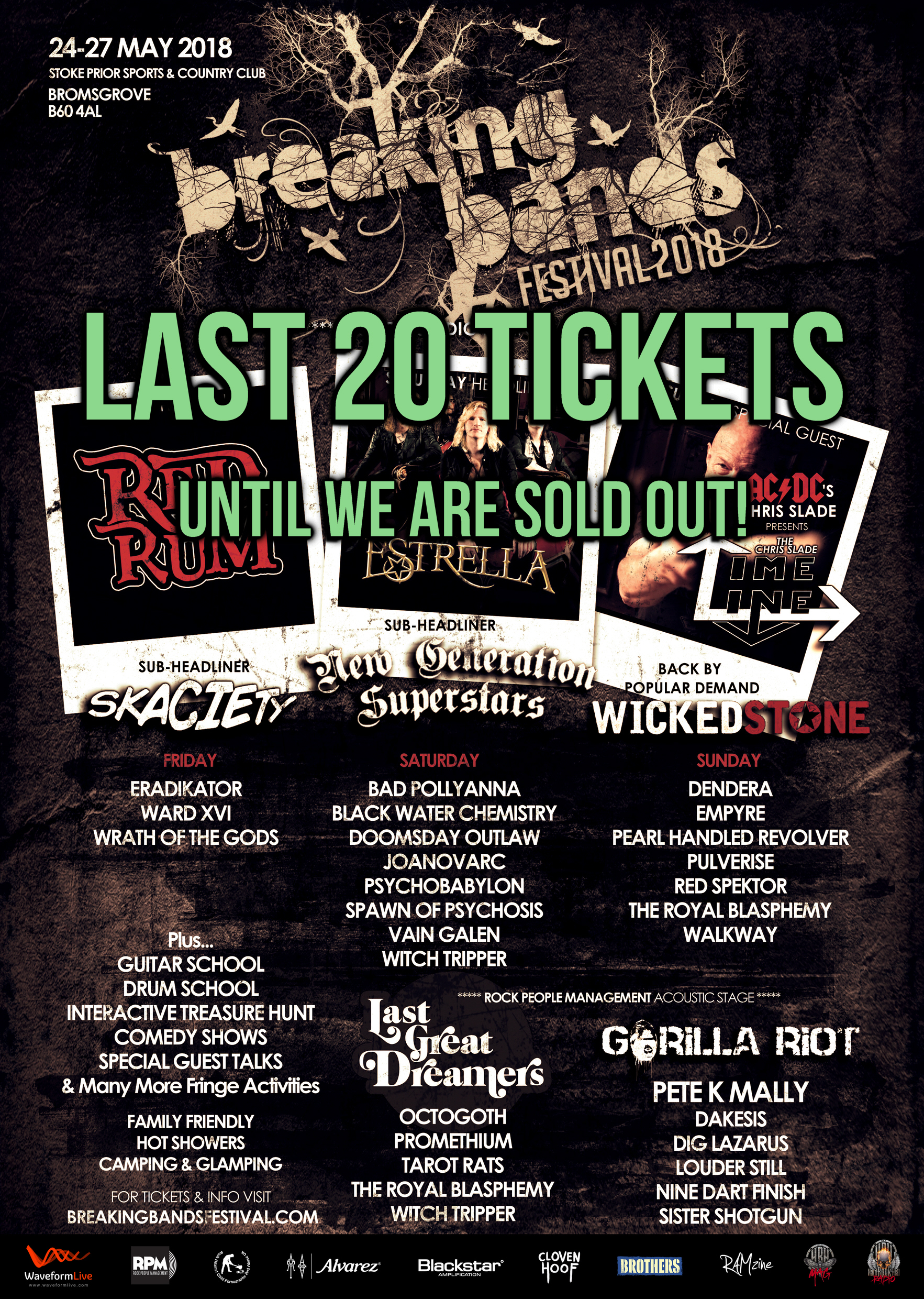 With British Summer Time now official, the countdown to what has become labelled as the opening camping festival weekend of the Summer is just weeks away.

Payday weekend and annual holiday reset, the ticket line for the festival has gone crazy again!

We can now announce that we are down to just 20 weekend tickets for Breaking Bands Festival 2018 before we officially lock those gates. Festival Director Jay McGuire says “its been an amazing show of support once again for the underground music scene. To be so close to being sold out 4 years running and with 8 weeks still to go just shows how much people want this event to carry on“. Buy your tickets HERE.

Merchandise is also on sale via the website shop and those coming to the festival are urged to make their purchases before April 15th for guaranteed delivery as the merch sells out so fast each year! Click HERE for the merch shop for tees, vests, hoodies and beanie hats, even something for the kids too!

More news will be announced very soon regarding the traders, food and drink prices, news on the Cloven Hoof Bar and lots more. The festival team have also promised more details about the 5th Anniversary festival next year to come in the next few weeks as well as a monster of a prize giveaway for all those in attendance this year.