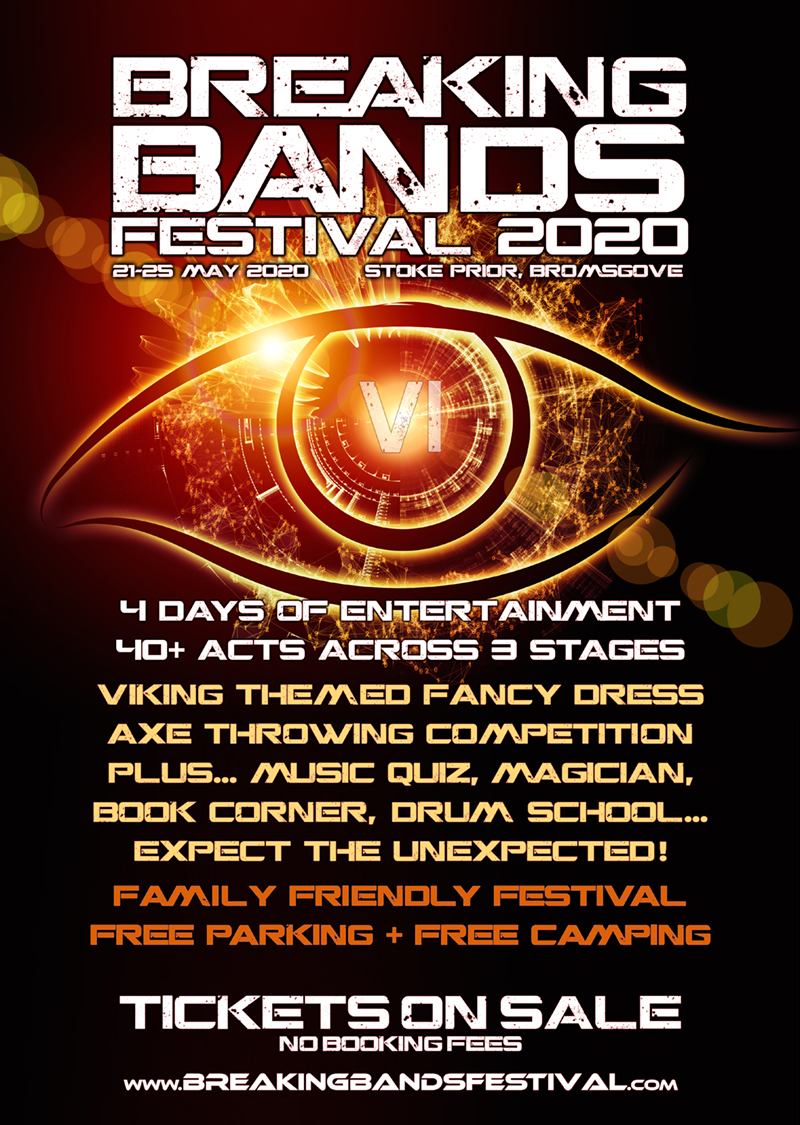 Things are running at an epic speed as plans for Breaking Bands Festival 2020 are in full swing.

To give everyone the story so far, the festival will continue the same shape as 2019 with the community square format that people have come to enjoy. Again it will be a 3 stage set up with acoustic acts in the morning followed by 2 electric stages (indoors and in the marquee) alternating through the weekend with no band clashes.

Again their will be breaks on both stages to give people an early evening breather for food and a rest from the music. The drum school will be back but only at limited intervals in 2020 which will be marked on the schedule. We shall also have the Thursday night quiz and rock disco/sing-a-long which went down very well this year. We will even have a guest magician next year to mix things up a bit so there is extra entertainment for everyone.

Next year to go with the viking theme, there will be a trader called Battle Axe who will train folk up and let them do some axe throwing onto the targets. We will also have a book corner with tea room next year for those who want to sit and relax. Guest story tellers at intervals will also be around.

We see the return of many traders that skipped out this year and we will be bringing a few more clothing, jewellery and other traders too.

The ticket sales are going extremely well and we are well over our target for the time of year with now around 150 tickets remaining. Just a couple of electric hook ups available too.

The Youtube and Spotify playlists are up to date along with the community app on all app stores.

So that’s it for now. Breaking Bands Festival going into a 6th year in a very strong position in the festival calendar and the organising team are very excited about everything being planned.

Keep sharing the posters, spread the news and tell everyone to get their tickets!

Additional Band To Close Out The Party – Breaking Bands Festival 2016