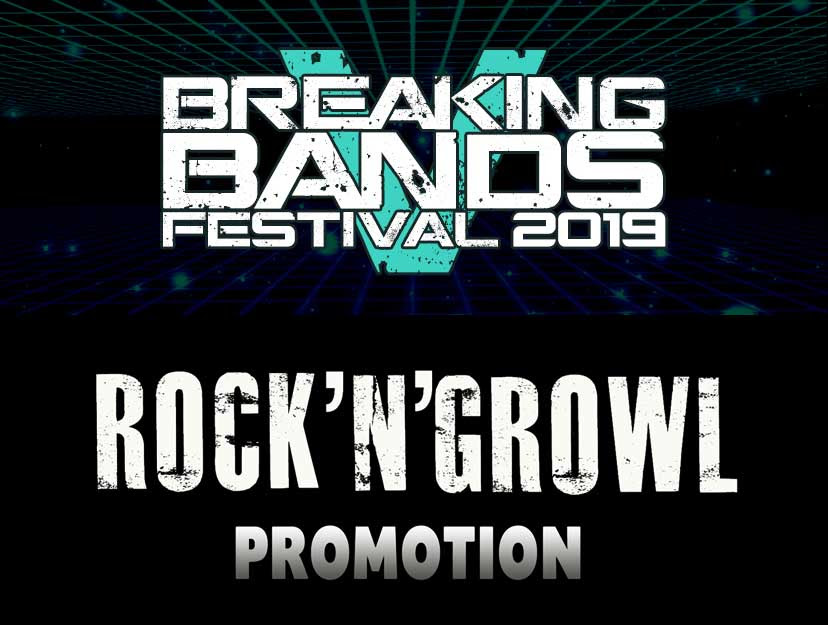 BREAKING BANDS FESTIVAL Festival Director Jay McGuire said “We are always looking to partner up with great companies and brands from around the world to help us help bands get more promotion and coverage in any way possible. Having worked with Axel for over 8 years through radio, magazine and other avenues, its a very exciting time to actually be working together on Breaking Bands Festival. Axel understands the music scene and understands the bands so we are confident that having RockNGrowl on board is a big step forward for all involved.”

Owner ROCK’N’GROWL PROMOTION Axel Wiesenauer said “I have worked with Jay McGuire behind the scenes for some time now, as our paths crossed because of the work we do. It’s great to see the passion of Jay and BREAKING BANDS FESTIVAL, is putting in for up and coming bands that are taking first steps on the festival ladder. We are very pleased to working with Jay and the festival team on the promotion/publicity forBREAKING BANDS FESTIVAL in the fifth year.“

BREAKING BANDS FESTIVAL was a brand new event to be added to the music calendar of 2015. The sole aim of the event is to bring the very best of the bands of the future into one place to open up the festival season and show what they can do.

BREAKING BANDS FESTIVAL sold out the inaugural event in 2015 with 4 weeks to spare. For 2016 with an increased capacity, the festival again sold out but this time with 10 weeks to spare, this trend continued into 2017 when the festival sold out a full 3 months ahead. 2018 festival was sold out and 2019 will be even better…

The organisers have promised a festival that people will want to return to again and again. Welcome to the Breaking Bands Festival, where you can discover your new favourite band.