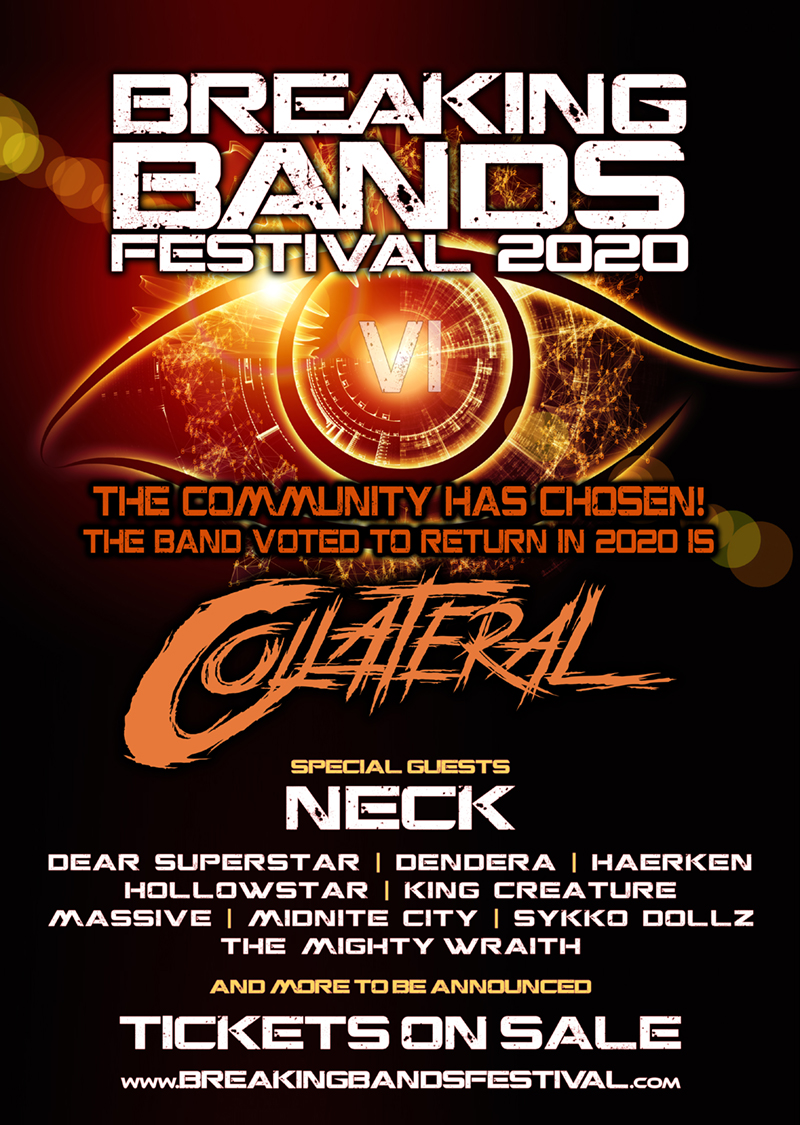 Breaking Bands Festival has always been about opportunity for bands and listening to the community. One tradition that has been the same since day one is asking the music fans who they want back each year. If we could, we’ve bring them all back but then how can more new bands be discovered? This year we were blown away by the new bands we introduced to the crowds and they were all blown away too.

Every band, whether a returning band or one that was making a BBFest debut had a great reception with full crowds, lots of singing and plenty of merchandise sales afterwards. This is what it is all about.

So after a week of voting in the BBFest feedback form on the band people wanted back, we are super stoked to announce COLLATERAL will be returning to Breaking Bands VI in 2020. We thank everyone for taking part in giving feedback, it helps us with what we may have missed, what we did right and new ideas for next year.

Collateral, a 4 piece rock band from Kent, have shot onto the scene in super quick time. Ripped jeans, cowboy boots, long hair and make-up, Collateral are a band that look and sound like a stadium rock band. When the band started out, they were known as the Angelo Tristan Band, with frontman Angelo and bass player Jack forming the nucleus of the band. Since then, almost 5 years ago, they have worked tirelessly to grow the act, the fanbase and the bands profile.

They recently released a new single ‘Lullaby’ which is another cracking sound from the boys. Here’s the video:

Also, they have just won the Bon Jovi cruise competition to actually tour the Mediterranean with the 80’s rockers! This is easily a band on the rise and Breaking Bands Festival are proud to have them back.

SEARCH FOR THE SATURDAY HEADLINER – GUARANTEED TO BE PICKED FROM APPLICATIONS ONLY!