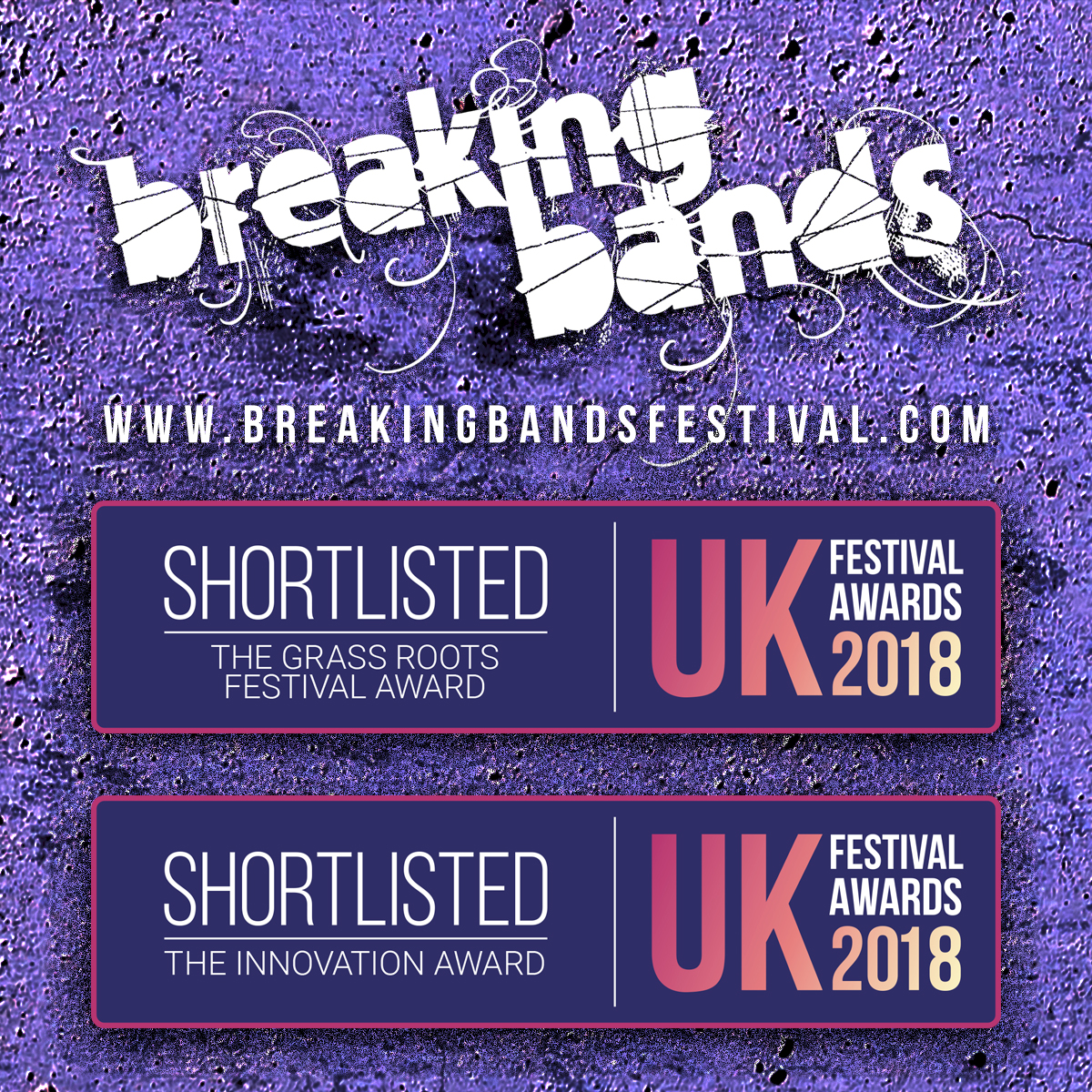 Once again, Breaking Bands Festival is breaking boundaries. Thanks to the amazing community that has been built up over the past 4 years, BBFest has become a music family. Bands, fans, promoters, media folk all getting together to support this small but strong event making it one of the must go to’s in the festival calendar. So much so that the festival has sold out every single year with our 5th year event virtually sold out with seven months to spare.

So news coming into BBFest HQ today has really made us feel proud once again of the fantastic community that continues to support what we do. We have been short listed out of all the great festivals for 2 awards.

Firstly, an award we have been short listed for before and one we would really love to finally win. THE GRASS ROOTS FESTIVAL AWARD: This award acknowledges the independent festivals whose organisers sacrifice their time, energy and finances in order to host an event that’s true to their ideals and free of commercial interests.

Second award is something very special, not just for us as a festival but for everyone in the BBFest Family. This is an award that is not voted for by the public but by a festival panel. They asked us to tell them what makes Breaking Bands Festival special. Along with the support from the community and the grass roots bands that come and play the event, we told them about our new Festival Foundation. This was something the UK Festival Awards wanted more info about and how it went down with the fans. After speaking to them for a while, they said they would like to put us forward for THE INNOVATION AWARD for the introduction of the Festival Foundation and what it stands for… Either by adopting emerging technologies, pioneering a bold new initiative, or executing an especially unique concept, this award recognises the most cutting-edge festival or organisation.

So again, we would like to thank everyone for helping make Breaking Bands Festival stand out. The results will be announced on 6th December 2018. What ever the result, we feel that the recognition thus far is a great achievement for the festival.

THE GET YOUR ROCK OUT ACOUSTIC STAGE FULL LINE UP ANNOUNCED