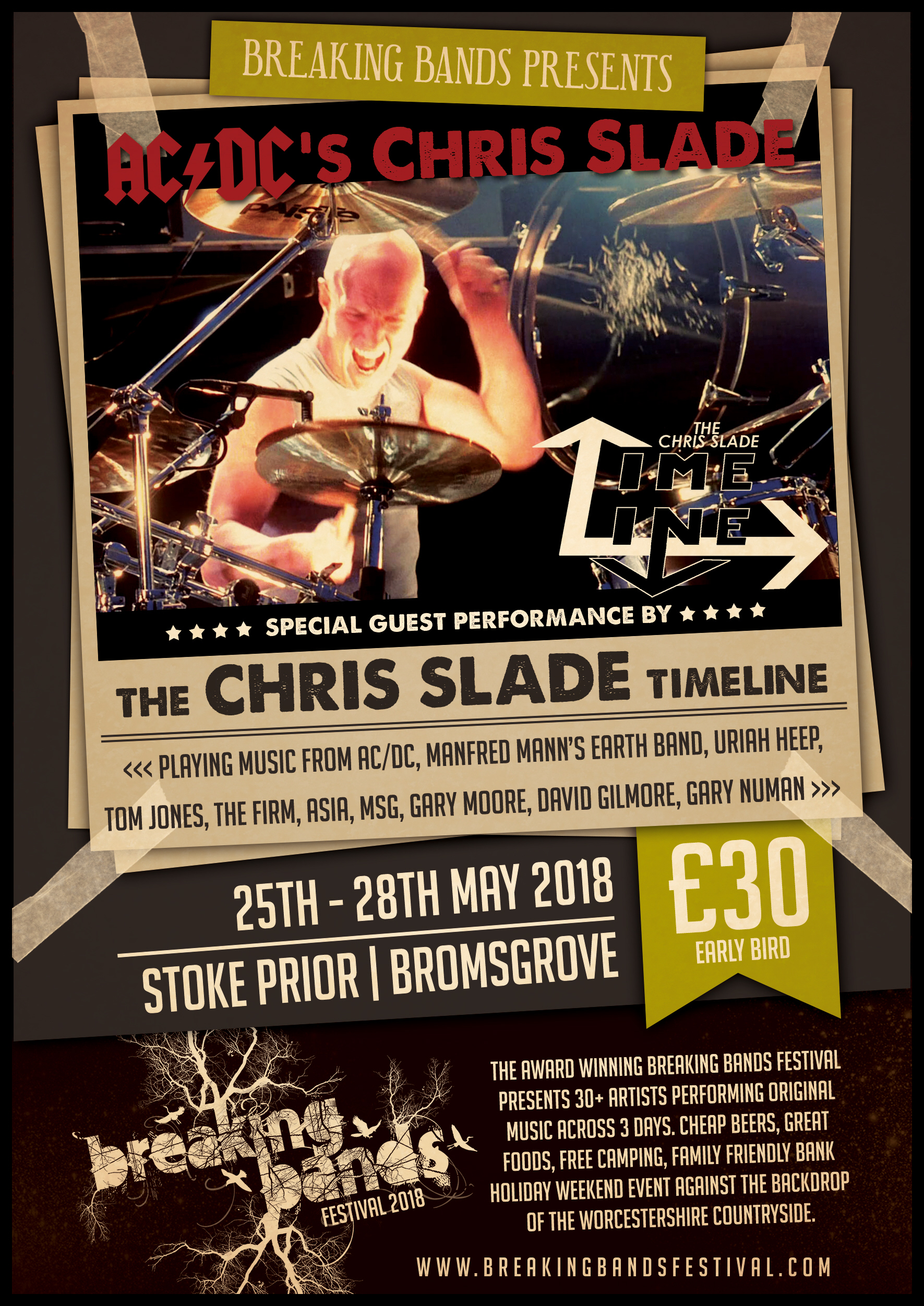 Breaking Bands 2017 was a huge success and with it still in the minds of those who were lucky enough to grab a ticket before they sold out, the plans are well and truly under way for 2018.

Early bird tickets are already on sale, sponsors are being sought and bands are being approached. For those who were at the festival they will have had the news first hand but for those who missed it, Breaking Bands Festival are extremely proud to announce their special guest band for 2018.

The festival itself is set around new and upcoming bands and always will be but the organisers also like to put on one special guest each year as a thank you to the bands and the music fans who buy tickets. The special guest cannot be just a big name act… It goes a lot deeper than that. Each year’s special guest is chosen based on their success yes, but also based on the fact that they are still close to their roots in the music world and that they respect and support the future of music. No diva’s allowed on the stage and definitely not on the special guest slot. Looking at bands of the past with Breed 77 playing their last ever gig, Blaze Bayley finishing a 72 gig world tour and Acid Reign back after a 25 year hiatus all taking the guest slot it’s quite a special one for the organisers.

So onto 2018 and going back 4 years, before the festival even had a name. Festival Director Jay was at an event and had chance to chat with this guy backstage before he played a headline slot to over 3,000 bikers and after telling him about the idea behind the festival, he was more than happy to offer his musical talent once things were ready. With world tours and other events getting in the way, it really has taken 4 years to bring him in but its a delight to welcome to Breaking Bands Festival a phenominal drummer by the name of Chris Slade and his band The Chris Slade Timeline.

Who is Chris you might ask? You know that name from somewhere yes? Well, Chris celebrates 50 years as a professional musician and has performed live with Gary Numan, Tom Jones, Olivia Newton-John (as co-members of the band Toomorrow), and Uriah Heep. He was a member of Manfred Mann’s Earth Band from 1972 to 1978. In the mid-1980s Slade played with Paul Rodgers and Jimmy Page in The Firm. He has played with Pink Floyd’s David Gilmour and also Gary Moore on his 1989 world tour.

Chris received his highest exposure in November 1989 when he was asked to join AC/DC after their then-drummer Simon Wright had departed. He spent several years with AC/DC on tour and on several albums. Chris then went on to perform with Asia for 6 years before starting his own band The Chris Slade Timeline celebrating 50 years in music. In 2015 Chris returned to AC/DC for the Rock or Bust world tour and is still the official drummer for the band.

Jay said about the announcement “as a massive fan of AC/DC from a young age, it was an honour and a pleasure to speak to Chris back in 2013 as an ex member of one of the biggest rock bands in the world. When chatting to him about the festival and he immediately saying he’d love to support it, it was my goal to one day give that call up. When Chris was invited back into the fold as drummer for AC/DC I thought that there was no chance he’d be able to still come and play at our little festival but after a long chat we made it happen and Chris kept to his word. That is the kind of person you want as a special guest and I am sure the bands and the fans will be delighted with this news!“.

Breaking Bands Festival takes place Friday 25th to Monday 28th May 2018 at Stoke Prior Sports Club, Bromsgrove with the beautiful backdrop of the Worcestershire hills. Early bird tickets are on sale now at just £30 until June 6th. Kids tickets remain at just £1 (14 years and under) and again weekend tickets include free camping until bank holiday Monday! More details can be found at https://breakingbandsfestival.com